The Ritual Of Kanyadaan: Significance and Procedure 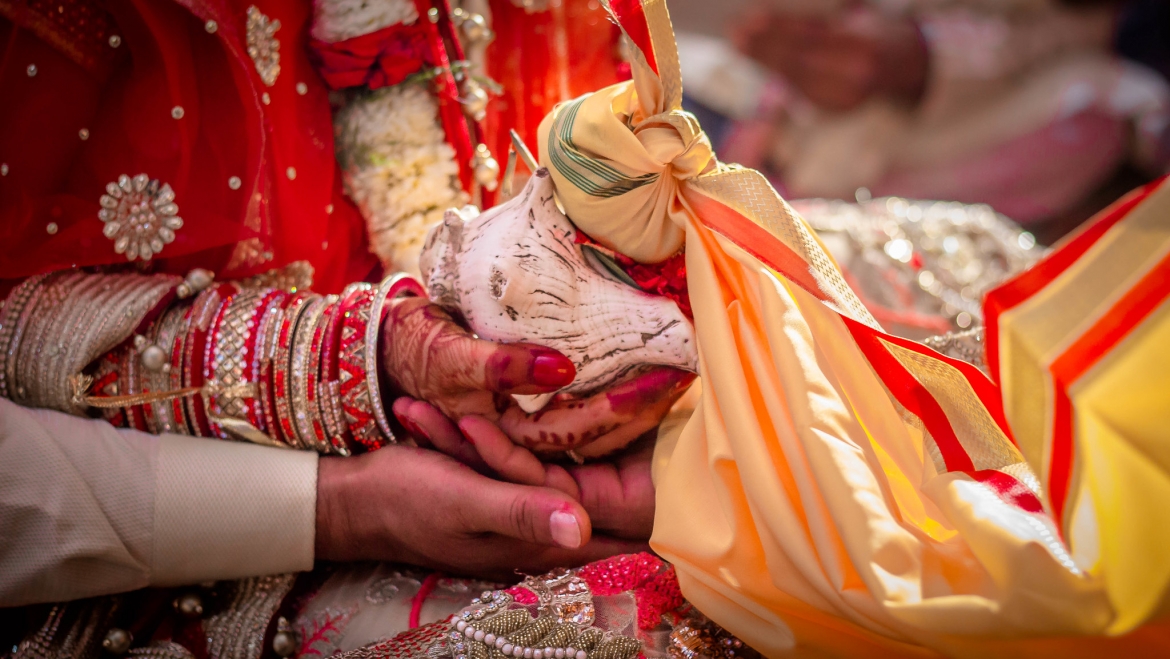 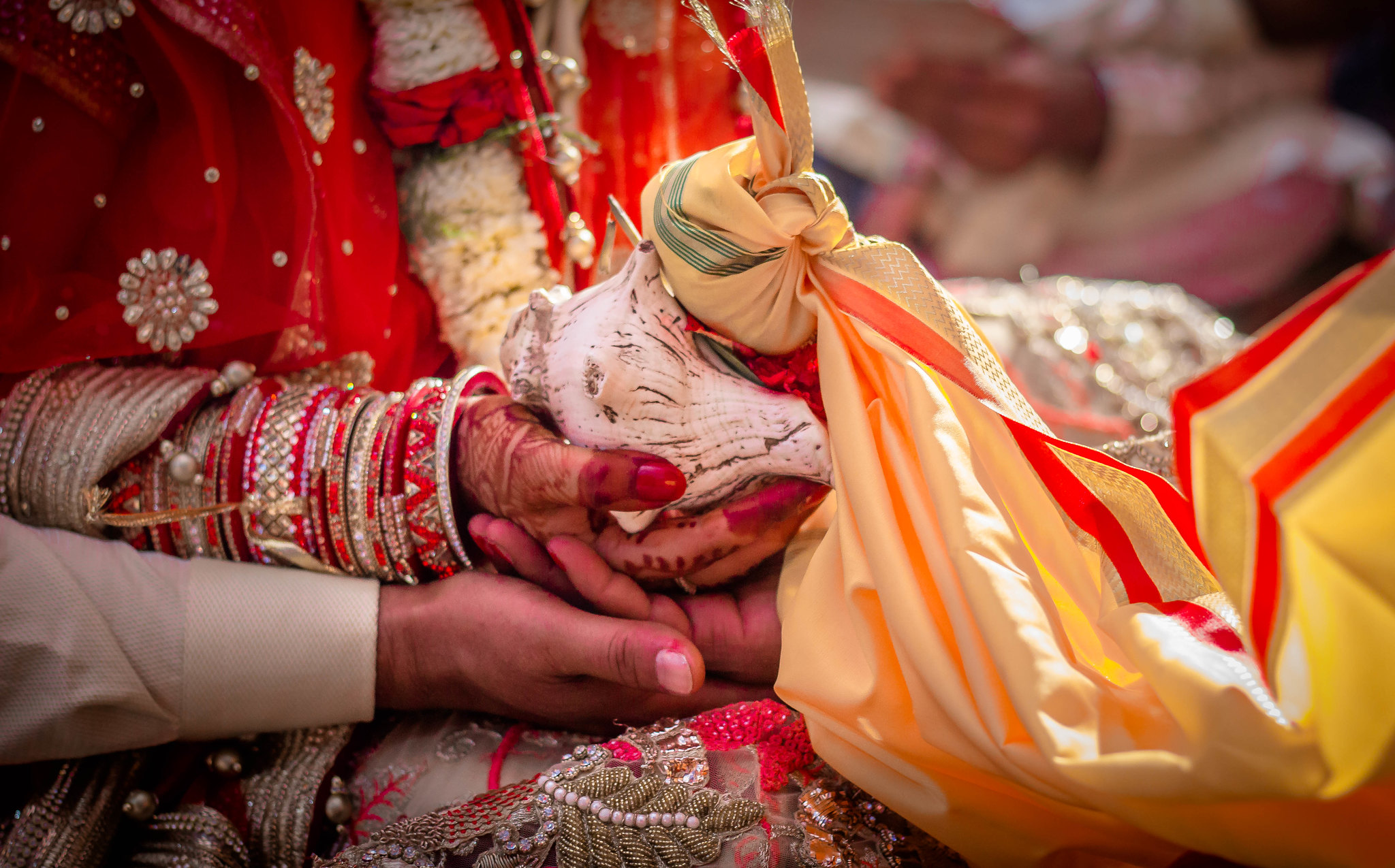 Wedding ceremonies and marriages in Hinduism involve a wide array of rituals. All of them pack up with immense excitement, happiness, and emotions. Other than the engagement, Haldi, and others, there is one utmost vital part of the marriage. The ceremony is known as the ritual of Kanyadaan.

Being a vital and heartwarming ceremony, the Kanyadaan ritual is one where the father of the Kanya blissfully gives her daughter’s hand to the groom. It holds exceptional values and significance in an Indian wedding. Plus, it means a lot to the parents of the bride’s side.

The ritual of Kanyadaan has a fundamental meaning. It is passing from one generation to another and escorts since the Vedic times. Kanyadaan comprises two words Kanya, meaning girl, and Daan meaning, donation. The two together means the offering of a girl or maiden.

As per the Indian norms and traditions, the groom is an avatar or incarnation of Lord Vishnu. While the maiden or bride is an avatar of Goddess Lakshmi. The ritual of Kanyadaan thus possesses both emotional and religious significance for the family on the bride’s side. 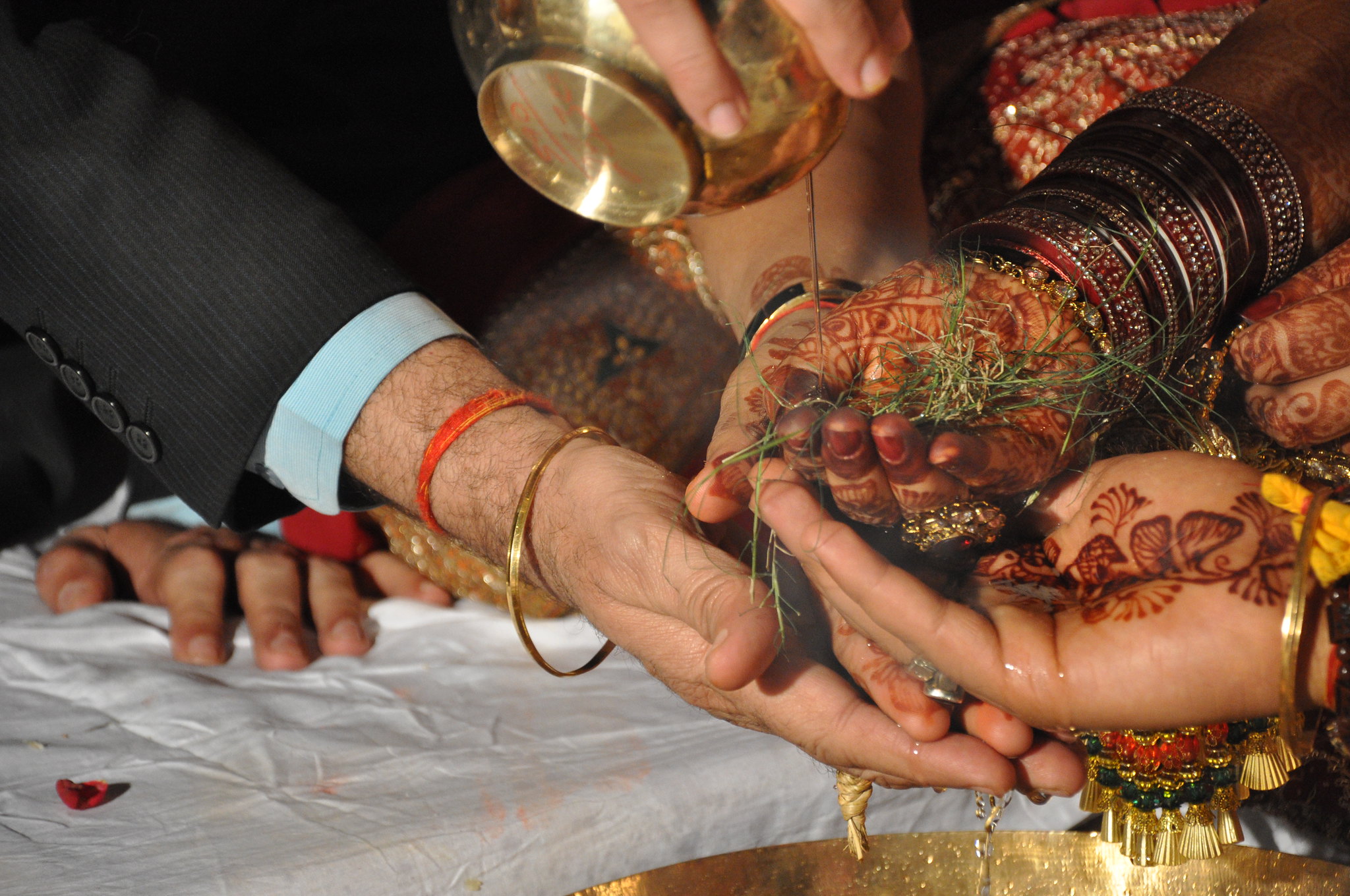 Moreover, usually, the parents of the bride perform it and consider it as a Mahadaan. Just in case the bride doesn’t have parents, any other elder member of the family may do the Kanyadaan ritual. It brings a consequential transition to the bride and marks a massive change in her life. With this very ritual, she officially becomes a wife of a daughter. As for other couples in the family, they too perform Kanyadaan, considering it amongst the noblest and most dutiful ceremonies.

According to the scriptures and Vedas, the ritual of Kanyadaan passes through your misdeeds of the present and past births. Furthermore, it purifies your souls from within.

How to perform the ritual of Kanyadaan?

With a ceremony as spiritual and noble as Kanyadaan, there are many points to keep in mind to make it occur in a proper manner:

Refraining or fasting prior to Kanyadaan is a significant and vital point of the Kanyadaan ritual. Either the mother or any motherly figure of the family refrains from having water or food until Kanyadaan occurs. However, people have made changes in the ceremony a bit. Nowadays, people consume water until Kanyadaan is complete.

Also Read: Should I Marry If Kundalis Do Not Match? Astrologers Answer the Million-Dollar Question

The ceremony of Hasta Milap or Kanyadaan occurs. The bride’s father takes her right hand and offers it to the groom. More appropriately, he places her right hand over the groom. This is to ask him to accept his daughter as his spouse with complete will and heart. Father furthermore takes promise from the groom that he will care for his daughter as an equal half of his life and in all his endeavors. 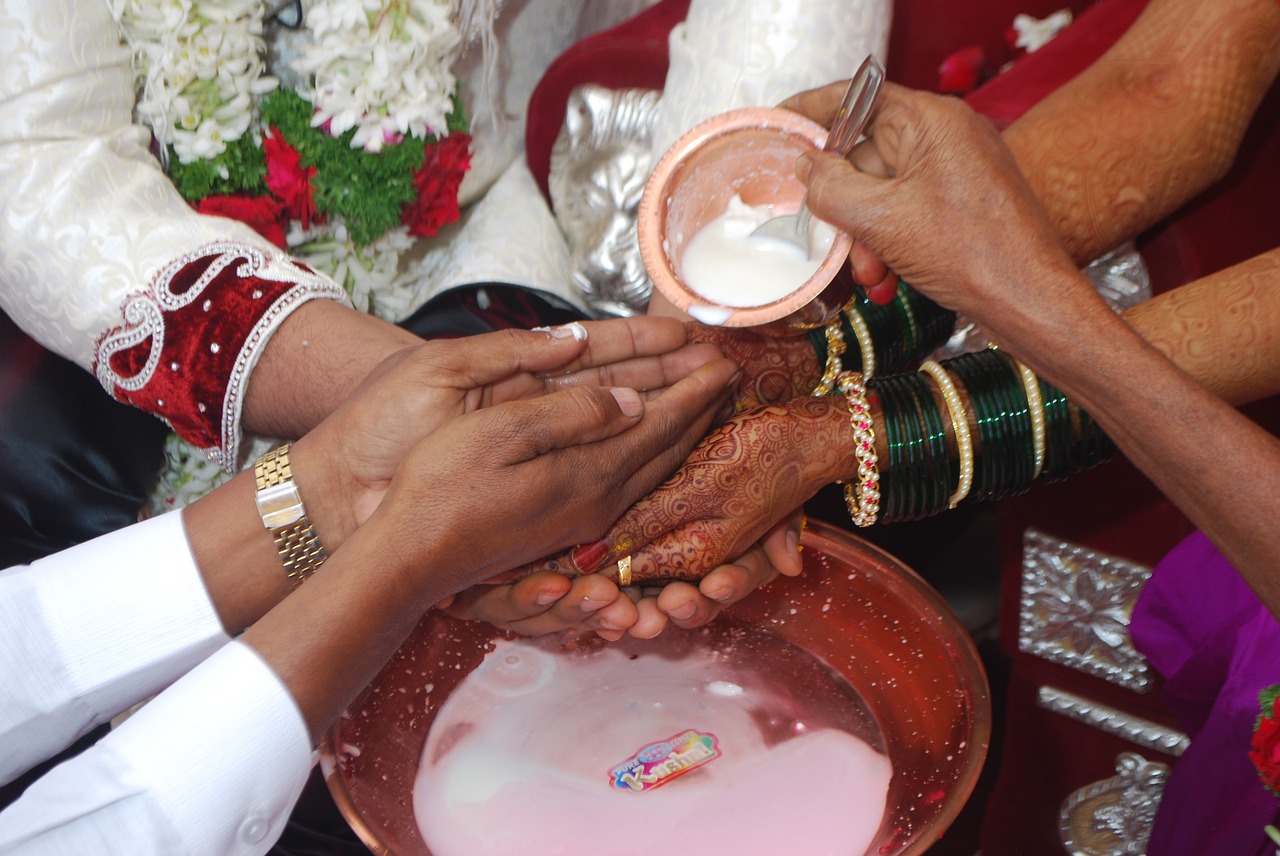 Post this, the bride’s mother spurts sacred water on the pair’s palm. The water flows in a manner that it flows through their daughter to the groom’s palm. Ultimately by offering prayers to the holy deities, the Kanyadaan ritual proceeds ahead. After the sacred water, other things like flowers, fruits, betel nuts, etc., are put on the palm of the pair. With it, Pundits chant mantra alongside, marking the ritual’s completion.

Final view on it 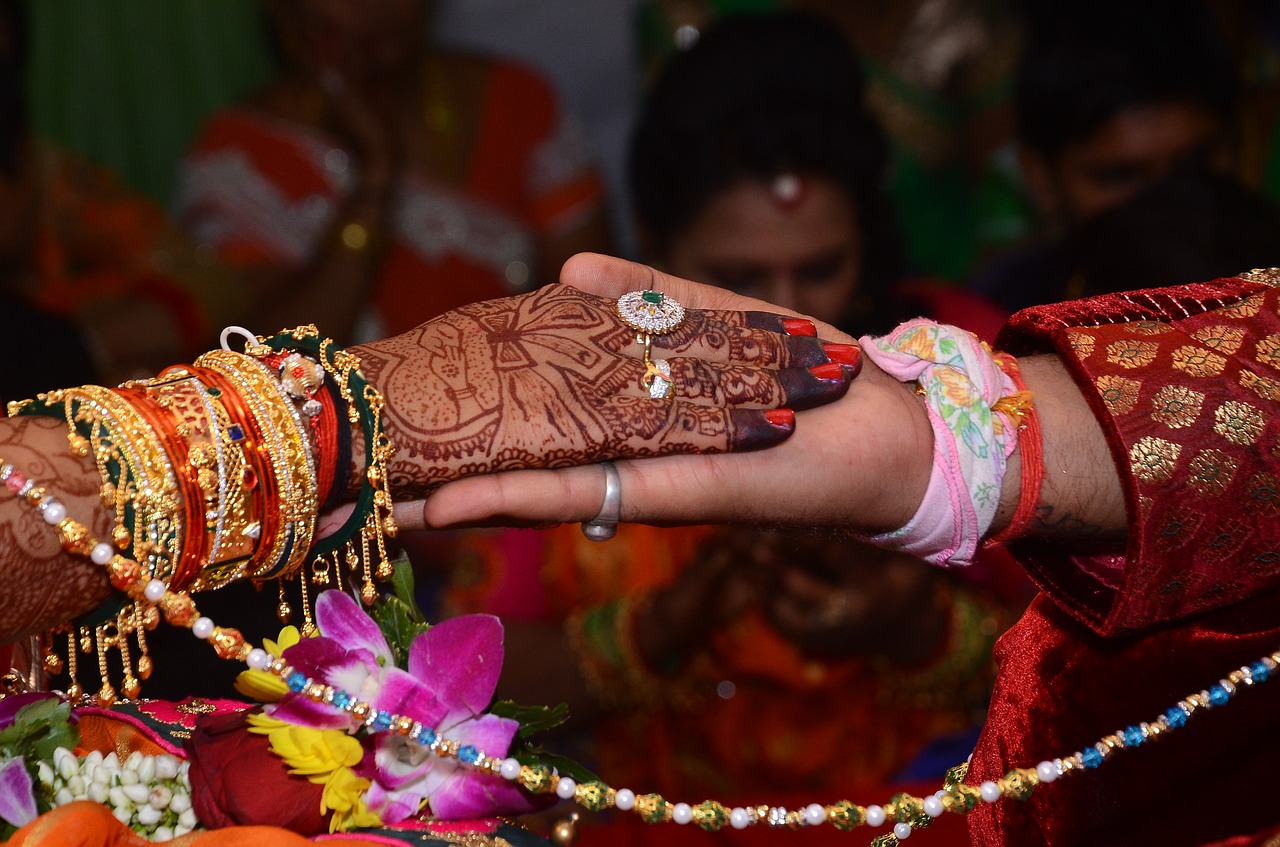 The ritual is not just auspicious but also holds a vital meaning. It symbolizes that after Kanyadaan, the groom shall be fully responsible for the bride. Also, he will care for and protect the bride lifelong. As for the bride, it becomes an emotional journey from being someone’s daughter to a person’s spouse.