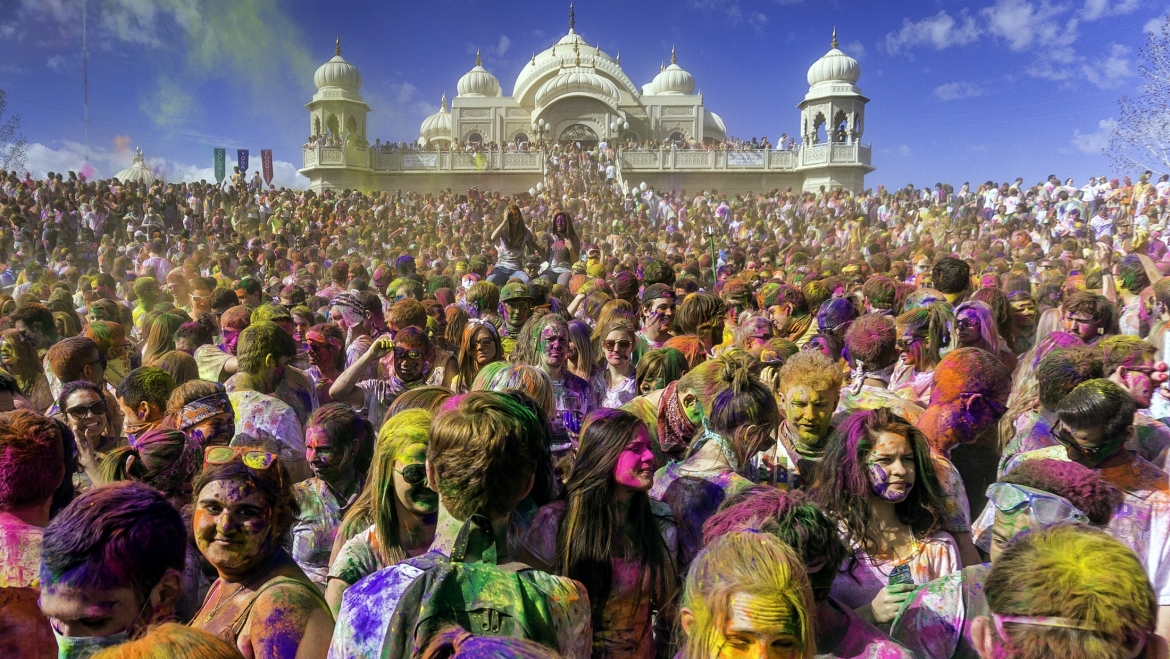 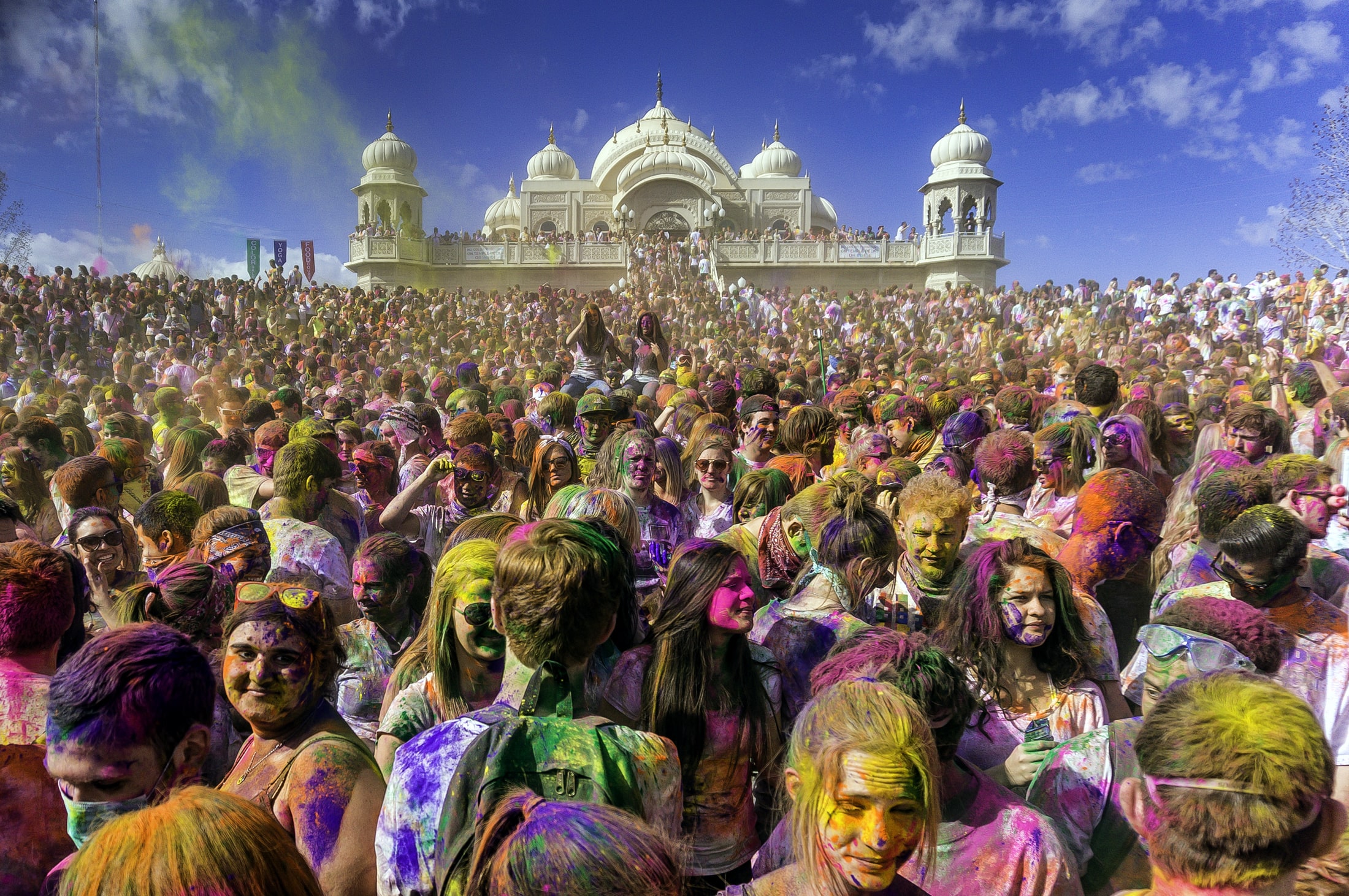 Once again, it’s that time of the year when we can feel for ourselves the beauty of transition. A transition that takes us away from the chills of winter to the calmness of the spring where every fallen leaf is a flower. And tying the two seasons together is the colourful festival of Holi.

Holi is one of the most widely celebrated festivals in the Hindu tradition. The festival of colours, as they famously call it, follows the festivities of Holika Dahan, which is also known as Chhoti Holi. In 2021, Holi will be celebrated on March 29. Both Holi and Holika Dahan 2021 carry their own sets of significance, festivities and lessons that one can take. And in this blog, we will try to understand all these.

Holika Dahan, also called Choti Holi, is a festival that precedes Holi. It’s usually celebrated a day before Holi. Holika Dahan, every year, is observed in the evening of the Purnima Tithi (Full Moon day) of Phalguna, Shukla Paksha during Pradosh Kaal.

Apart from India, both Holi and Holika Dahan are observed widely in Nepal and Sri Lanka too. In the Indian state of West Bengal and Odisha, Holika Dahan has many names like Dol-yatra or Doul Jatra or Basanta-Utsav aka spring festival. Holika Dahan signifies the victory of good over evil and the end of all negativities. People usually celebrate the festival by gathering together and circumventing a bonfire the contents of which they have collected over the month.

The Legends Behind Holika Dahan

Holika Dhana has many legends to its name. And the most widely believed of them is the legend of Prahlad and his devil father, Hiranyakshyap. The legend has it that Hiranyakshyap was a powerful King who had a penchant for comparing himself to the Gods. He wanted everyone else to worship him. However, his son, Prahlad, was a zealous devotee of Lord Vishnu, making his father jealous of him.

So to get rid of his son, Hiranyakshyap asked his sister, Holika, to take the child and enter a blazing fire assured that the action would kill Prahlad but not Holika because she had been blessed that she cannot be killed by fire. However, owing to extreme dedication towards Lord Vishnu, Prahlad was saved and Holika was churned to her death. 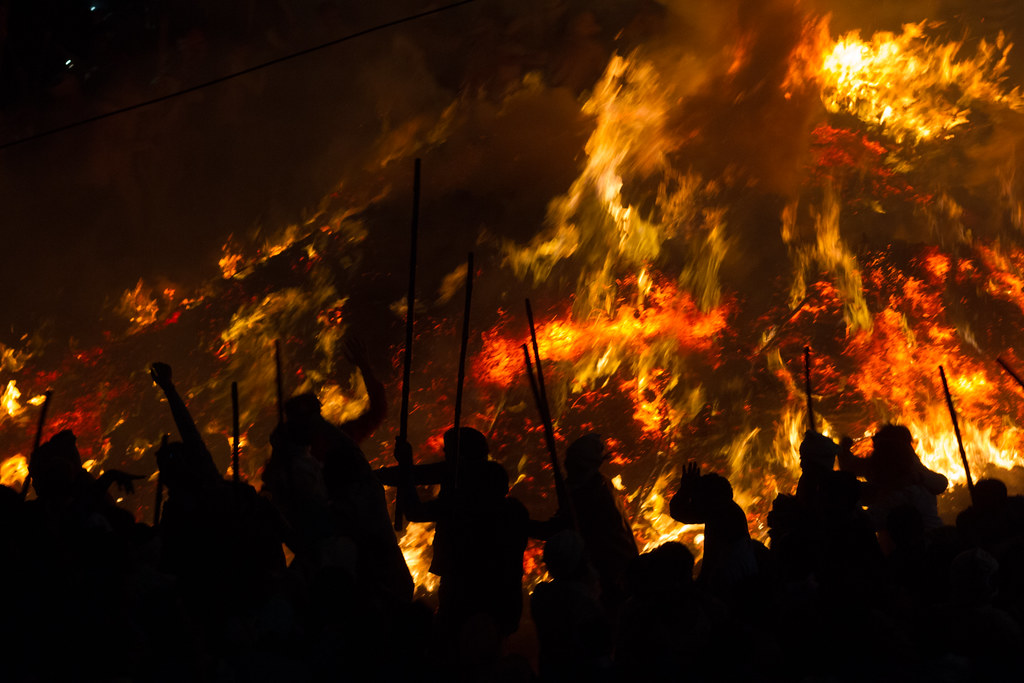 Besides this most believed legend, there are also other stories behind why Holi is celebrated. Like, Holi also celebrates the legend of Radha and Krishna. It’s believed that Lord Krishna and his friends used to play pranks on Radha and other Gopis by applying colour on them and thus Holi came into being. Even today, Lath Mar Holi is played in many regions of Uttar Pradesh, wherein women hit men with lathis (not really). This is similar to how Radha and her friends would hit Krishna when he used to tease them.

Moreover, another legend has it that Holi is the celebration of the death of Pootana, who tried to kill the infant Krishna. In south India, it is believed that Holi is observed to celebrate the devotion and sacrifice of Lord Kama Deva to revoke Lord Shiva from meditation.

If wondering when is Holika Dahan? Then this year, Holika Dahan will be celebrated on March 28.

The Holika Dahan ritual is usually performed during Pradosh Kaal but not when Bhadra Mukha prevails. 2021 Shubh Muhurat for Holika Dahan is between 6:37 PM to 8:56 PM on March 28.

Once Holika Dahan is done, the next day, as many of you know, follows the Holi celebration. But the same is not the case for every state in India, especially Uttar Pradesh. If you ever seek to behold the best of Holi celebration, you need to come to Uttar Pradesh, where Holi is a month-long affair.

In Uttar Pradesh, the most fun Holi is played in Braj, Mathura, Vrindavan, Nandgaon and Barsana region. All these places share a connection with Lord Krishna and Radha. In these regions, the festival of Holi lasts for as long as sixteen days with every day an adventure. Devotees from every corner of the word head to Vrindavan and Mathura to visit temples like Bake Bihari Mandir and be a part of the beautiful celebration.

Vrindavan Holi or Holi in Vrindavan or Mathura holi 2021 dates are from 23 March 2021 to 30 March 2021. Here’s an itinerary that will help you make plans if you seek to celebrate Holi in Uttar Pradesh this year.

2021 Holi in Uttar Pradesh will begin at Barsana (50km from Mathura) with Lath Mar Holi 2021. On this day, women dress up as Gopis and beat men with sticks who come dressed as Gops from Nandgaon. The legends state that Krishna once visited Barsana with his friends from Nandgaon. There, he teased the Gopis and hence the ritual came into being where men from Lord Krishna’s town – Nandgaon – come to Barsana to tease women to only get chased and beaten by sticks.

The men would use shields to save themselves from the wrath of lathis and would play with colours. It’s simply warming up for the fun that awaits in days to come. In 2021, Barsana Lath Mar Holi will be played on March 23.

Why should the Gopis of Barsana have all the fun? On the next day, that is, 24th March 2021, the Gopis of Nandgaon will take turn and gather to play Lath Mar Holi with men of Barsana, who come to Nandgaon. Nandgaon is 60 KMs from Mathura. 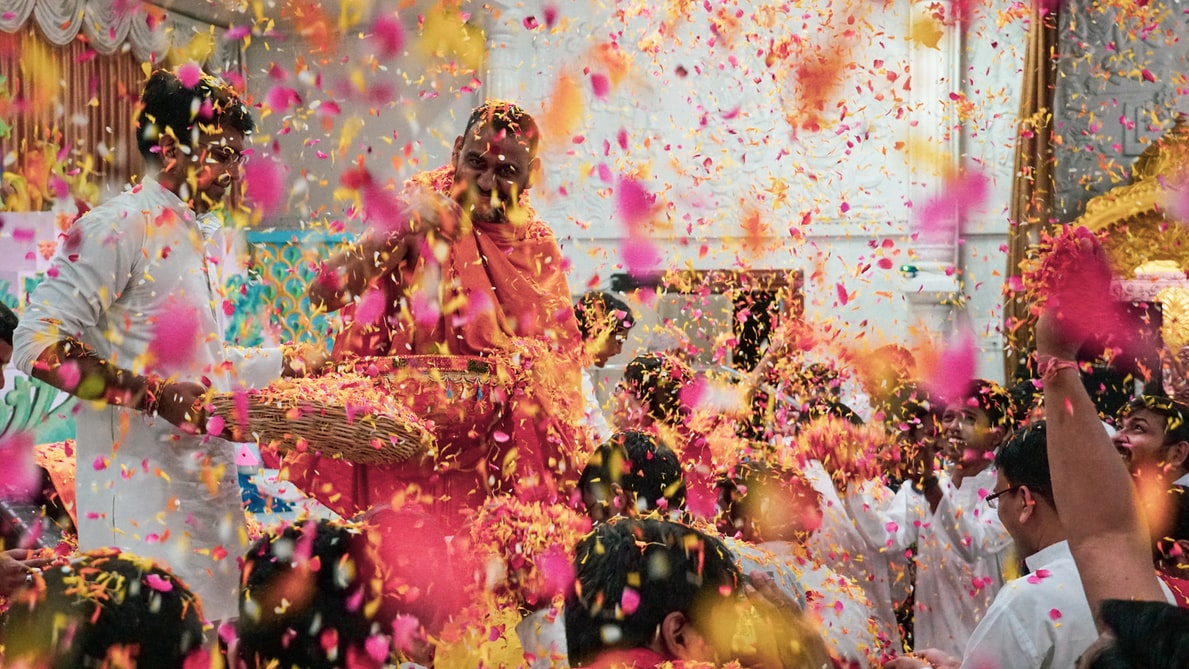 The fun surely doesn’t stop here. You must have played Holi with colours but then if you visit Vrindavan at the Banke Bihari Temple on March 25, 2021, you will get to play Holi with flowers. Phoolwalon Ki Holi falls on Ekadasi and trust us, it would allow you some of the best Instagram pictures.

This day is special for the widows living in Vrindavan. These ladies, who have been banished from homes, find shelter in the Pagal Baba Ashram in Vrindavan and devote their life to spirituality and God. Thus to celebrate them, Widows’ Holi will be observed on 27 March 2021.

This day is entirely dedicated to getting drenched in the celebration of Holi at the Banke Bihari Temple in Vrindavan. The Banke Bihari Temple for Holi 2021 will open at 9 AM on March 28, 2021, and the celebrations will continue till 1.30 PM. From food to colours to dance and lots of fun, you will experience the best time of your life if you make your way to this place on Holi.

Also Read: Holi 2020- 5 Things You Should Never Donate on Holi

Once the Holi festivities at the Banke Bihari Temple are complete, the processions leave for Mathura. The procession usually starts from Vishram Ghat at 3 PM to reach Holi gate at sunset. In the evening, you get to behold the Holika Dahan.

Finally, on the day of the festival, people will gather at the Dwarkadheesh Temple in Mathura where the festivities will start at 10 AM. Despite the fact that the scale and crowd is less than that at Banke Bihari temple, still, the atmosphere is exciting. Colours, food, music and much more to enjoy.

Also Read: 7 Tips For Celebrating Holi In A Unique Way