Awakening to a Different Reality with Chad Woodward, Astrologer 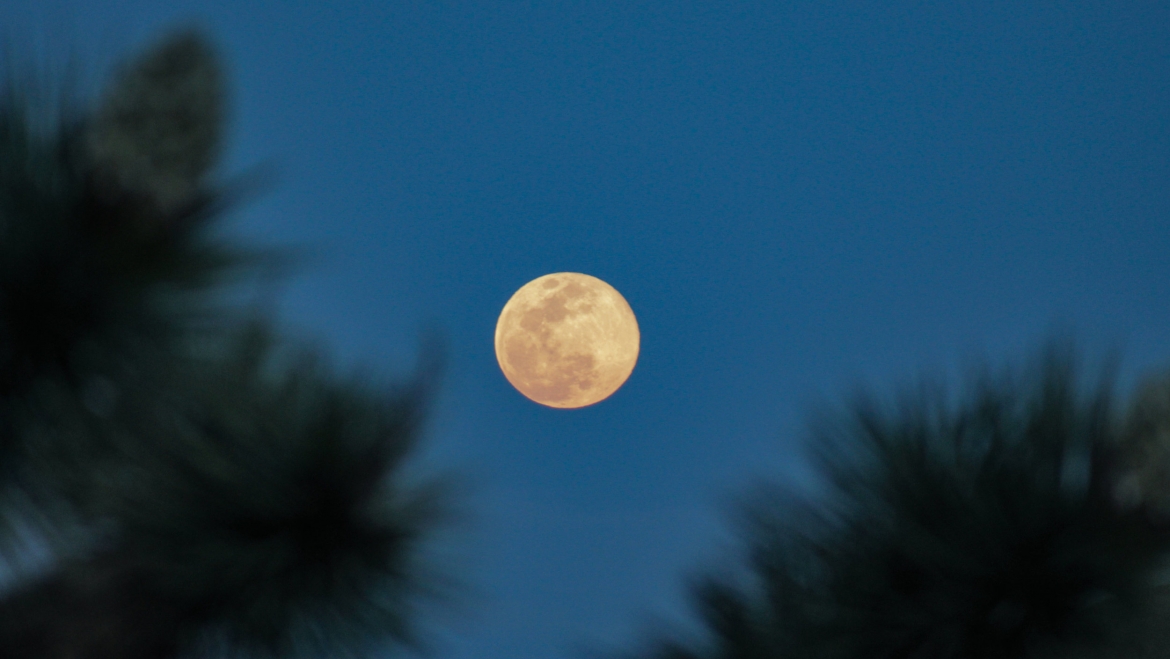 Chad Woodward is an astrologer, writer, bodyworker, and student of anthropology and psychology.  Chad has been studying astrology for 15 years, and his work draws upon several paradigms, such as psychological, archetypal, evolutionary, and Hellenistic astrology.  In this interview he shares insights in his approach to astrology and how this can be a helpful tool for self-development.

My interest in astrology started with astronomy. As a kid, I was fascinated with the night sky and outer space. I spent hours stargazing on summer camping trips, in my back yard, and reading astronomy books from the library. I had a telescope by around age ten, and I quickly became obsessed with looking at the Moon’s surface and various planets. I think my first encounter with astrology was through “The Secret Language of Birthdays” by Gary Goldshneider and Joost Elffers. It was a hugely popular book and still is. It sat on my neighbor’s family room coffee table. I remember reading my birthday profile and those of everyone I knew each time I went over there.

My formal introduction to astrology didn’t happen until my second year of college, when I was twenty-one. I had two serendipitous encounters that year that brought astrology into my life. I made a friend who was into astrology, mainly Sun sign compatibility. We actually met at a nightclub in Los Angeles just before that semester and found out we went to the same school in San Diego. She introduced me to “The Only Astrology Book You’ll Ever Need” by Joanne Martine Woolfolk. While the title isn’t quite accurate considering all of the astrology books I have today, it hugely impacted me. I quickly realized astrology was going to be an important piece of my life while reading that book.

I then started to study astrology a lot more seriously after a heartbreak experience. That same semester, I became friends with someone I met on a dating website. He also happened to be deeply into astrology and I quickly became infatuated with him. While it didn’t work out between us, that relationship opened me deeper to what would become one of my life’s passions. It was an emotional catalyst that motivated me to learn more about myself and make better sense of my life. I frequented a local, new-age gift shop and bought every astrology book I could get that following summer. I know of many other astrologers who say this: for me, learning astrology was like remembering something buried deep inside of me. It was something so new yet somehow familiar, and I believe I learned the subject pretty fast because of that.

How would you describe your approach to astrology?

Much of my work incorporates a blend of evolutionary, psychological, and Hellenistic astrology. I studied with astrologer Steven Forrest and completed his apprenticeship program in 2016. His work has significantly influenced my practice. I strongly value a choice-centered approach and tend to avoid determinism in my readings. My goal is to help people understand the archetypal currents playing out in their lives and how best to work with them. Concrete predictions don’t interest me too much. I like to help people engage more with the flow of their lives and think more deeply about how they want to respond to it. It’s hard to tell precisely how anything in astrology will manifest, so I strive to emphasize several possibilities and potentials. However, I also have a fascination with history and mundane astrology, which is the astrology of world events. On that level, I tend to veer more in the direction of prediction. Still, I always emphasize the various possibilities that specific events might have.

What are some of the ways that you have found astrology to be a helpful tool for you in your life?

Astrology awakened me to a completely different reality. So much of our modern worldview is dominated by scientific materialism, which frames life as a series of random and meaningless events. Astrology has completely changed my relationship with the universe. Over the years of study and practice, it’s proven to me that our lives are deeply interwoven with everything around us, even things that exist over vast distances. I’ve come to discover that my life, everyone in it, everything that I choose to do and that happens to me is not random or meaningless. It’s all actually connected to a larger chain of not necessarily causally related events. That’s hard for a lot of people to grasp because it challenges much of what they were taught about reality. When you seriously study astrology, you soon find that much of the materialist narrative dissolves, revealing a universe that’s vastly far weirder than we’ve been led to believe. Astrology has given me a lot, but it’s provided me with an entirely different worldview that leaves me in awe at how little we understand about the nature of reality. And that’s also really exciting because it allows for so many possibilities that the current materialist hegemony attempts to limit and deny.

Astrology also provides both an alternative narrative and perception of our lives. A big part of our cultural training is to see world or life events rather superficially. Culturally speaking, we tend to place less value on our own subjectivity and interpretation. When we explore our lives through an astrological lens, we begin to see how both internal and external experiences are unified and reflective of one another. I think astrology is a useful tool for creating another story about the things that happen to us. It’s another way to give greater meaning and context to our experiences. Instead of taking life events at purely face value, astrology allows us to explore their deeper significance and the possible intention behind them. Additionally, astrology has allowed me to understand the trajectory of my life, what time it is, so to speak. It’s been so useful in preparing for both potential difficulties and opportunities, and it’s given me a better understanding of myself and my potential. It never fails to amaze me how much I learn the more I sit with it.

Do you feel astrology is a helpful tool for self-development?

Absolutely. I think for a lot of people, astrology describes what they already know about themselves on an intuitive level, and in that way, it’s incredibly validating. So often, astrology empowers us to accept ourselves and our unique path in life. For me, astrology came into my life when I was beginning to figure myself out. It was tremendously helpful in that process. There’s a way that you can come to understand the chart in its wholeness. It can reveal a lot about your potential and your strongest and weakest areas. It can also show areas that are likely fated to take up most of your life or where you happen to find yourself investing more time and energy. There’s really no end to what you can learn about yourself through your chart. We’re all endlessly complex and ever-changing, and astrology profoundly reflects that and can be tremendously supportive in making sense of and validating our lived experiences.

How do you see the practice of astrology evolving in the modern world?

Technology has profoundly transformed the field of astrology. Astrological research and practice used to be a lot more time-consuming and tedious before computers. Today, it’s a whole different story, and it’s made astrology far more accessible than ever before. I think that explains much of its rising popularity with newer generations. I think that’s both a blessing and a bit problematic. I think with more people who have access to astrology, we’re going to see a greater number of people using and learning it. That’s great because I think younger generations are going to be able to expand and articulate astrology on a level that’s never been possible before. Yet, the oversaturation of astrologers on social media platforms has in some ways lessened its value. It’s becoming harder to define who’s qualified to practice. Yet, I think the internet is going to be so central to the future of astrology, just as it is now. Judging by the emerging trends, I think astrological practice is going to become more diverse both in those who practice it and in the blending of techniques and approaches. The venues that now allow for greater exchange of information and ideas are far beyond when I began studying years ago and I think astrology will be more enriched by the diversity of discussions taking place.

Are there any significant events taking place in the universe this year that we should look out for?

The biggest event right now is the Saturn and Pluto conjunction. That peaked in January 2020, just at the onset of the pandemic. I’ve been writing about this conjunction on my website and newsletter for over five years. Astrologer and historian Richard Tarnas coined it as a cycle of “crisis and contraction.” I think that pretty succinctly describes it. This conjunction also made a 90 degree square to the recently discovered dwarf planet Eris. In Greek mythology, she was a trickster goddess who created a whole lot of conflict, chaos, and discord. I think that says a lot about the current moment. The good news is that this cycle will begin to fade out as the year ends, losing its connection more dramatically at the start of 2022. Jupiter also returns to Pisces around that time, so we’ll have a nice shift away from the more oppressive elements and gain some hope and optimism. Unfortunately, a lot has been seeded from this conjunction that we will have to deal with for decades to come. That’s how these cycles tend to play out. I published a detailed article on this conjunction in early 2019 that’s featured on my website.

The other main event this year is the Saturn and Uranus square. That’s another tough cycle because the square represents stress and friction, and both planets represent very contrary archetypal elements. Tradition, the status quo, preservation, limitation, and conformity are associated with Saturn, while Uranus is quite the opposite. Uranus is the planet of revolution, liberation, radicalism, rebellion, and sudden disruption. Those are just a few archetypal associations with those planets, but in combination with the notable conjunctions of last year, this is an incredibly significant period of time where there can be tremendous cultural division and upheaval. It symbolizes a push and pull power play between conservatism and radicalism, or the need to preserve and the desire to break away and start with a clean slate. I think individually and collectively, we’re challenged to find some middle ground and work to integrate both the old and new. Many systems and institutions we’ve relied upon are collapsing and disintegrating, and new forms are emerging from the debris. This is such a chaotic yet profoundly creative time. These cycles are hard to work through, but there’s also a lot of potential for breakthroughs both personally and collectively.