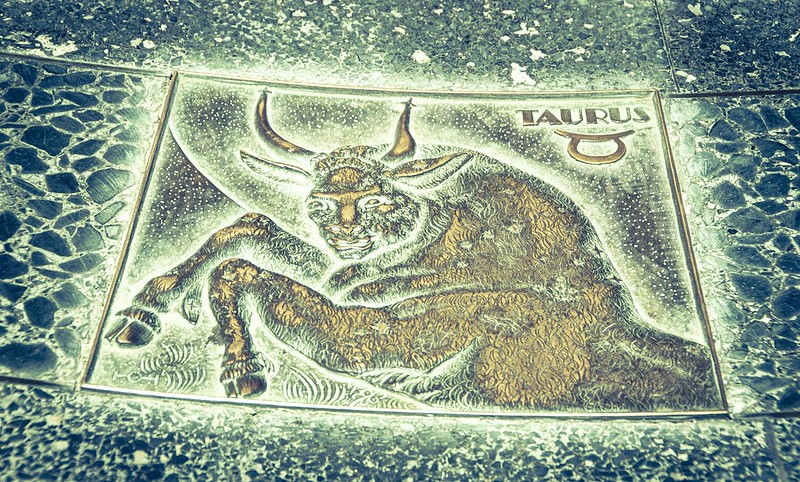 Continuing our series on decommissioning the myths that surround different zodiac signs, we are back at it again. Last time, we debunked some myths about Capricorn and Scorpio zodiac signs and this time, it’s Taurus on the hot seat. But first, before we start, here are some things that you must all know about Bulls.

People born between April 21 and May 21 come under the Zodiac sign, Taurus. They are ruled by the planet Venus and their element is Earth. While element earth helps them in being grounded and humble in nature, on contrary, it also has some side effects. Like for example, the Earth element makes Taurus ruthlessly rigid and stubborn in approach, which is something many people complain about. *Looks at my mom!!*

However, the same stubbornness that people complain about is also something that makes them different; if you see it from a different perspective. A Taurus’ quality of stubbornness makes such people very focused towards their goals. The thought of losing, surprisingly, empowers them and motivates them to just go for anything and everything.

Moreover, once the Taurus has achieved what they have been wanting to. There are like the laziest sloths in the town. All next they want is good food, couch, mountains, good sex and they are done for the day.

Now, giving rest to the introductory bragging about Bulls in the town, let’s focus on the topic at hand. The Myths about Taurus. Because to be honest, there are many.

Are you drunk? Obviously, one would get mean if you try to steal their precious food with Taurus being no exception. However, if collectively you have to define a Taurus, then ‘Mean’ isn’t the word. Taurus is known to be more of a caring and tolerant kind. Like the bull, you know? Despite being aware of their strengths, Taurus people decide to keep their calm even at moments when others would burst out or just break down.

Also Read: Bull-Horoscope And Their Personalities

A Taurean meanness mostly comes from the strong-willed, security-conscious nature and their tendency to drop truth bombs right at your face. And honestly, when the truth is told, it’s usually mean, right? A good piece of advice, if trying to deal with what you call Taurus meanness, would be to self analyse what you might have done wrong.

How much materialistic are you saying on a scale from one to ten, do we dare ask? Because obviously, they don’t take the top spot here. Despite the fact that they have an eye for all the good things in the world, however, their possessions aren’t the result of reckless wants but well-thought needs. And trust me, most of the time, a Taurus would consider gifting their loved ones something instead of spending the same money to get something for themselves.

A Taurus is basically only a bit snobbish when it comes to their clothes because they are personally picky (very). It has nothing to do with social status and is, therefore, not that materialistic.

No doubt, you would find a Taurus in the corners all alone doing their thing but let’s not quote it as their love for being left alone. Taurus is one sign who has all kinds of things to tell you. Literally, things across genres including sexual fantasies. All you need to do is break the ice and start a conversation. A Taurean could get very shy when it comes to initiating a conversation. They won’t consider starting a conversation no matter how long they have been crushing on you.

However, once you find a way in through a Taurus, we promise they would be the funniest people you have ever known. Also, if for a while you have been dating a Taurus, you will know the urge of them to talk to you. Simply put, they don’t waste their words on anyone and everyone.

A Taurus is often said to be a bit sluggish in nature, i.e. lazy. And honestly, all we can do is laugh at people who believe in this myth. Tbh, Taurus people are undoubtedly one of the hardest working people. And their laziness is mostly the result of fatigue from trying to do everything in one go. A Taurus has a tendency to finish things as soon as possible so they can be with themselves for a little longer. That, however, doesn’t mean their work doesn’t reek of quality. That is something that makes a Taurus different. They not only work hard but also ensure anything they do has the capability to attract for they don’t like to redo the same thing over and over again.

Taurus are perfectionists in nature and never settle down for less than what they think they deserve. It’s safe to say that Tauruses never take the easy way but like to be with ease.

On the contrary, a Taurean is very connected with God, however, they don’t show it. All their decisions are usually taken keeping spirituality in the back of their mind. However, idol worship for them is very situational and they don’t find it selfish for they believe one doesn’t have to bow their head at a specific place to seek blessings from God. In order to please God, all they do is try not to hurt others, help others and do the right thing in every situation and advise people to do the same.

In a nutshell, even if a Taurus doesn’t adhere to a formal religion, s/he is very in tune with spirituality and the concept of a higher power.

Who else is a Taurean, here? Comment more such myths that you might have heard about yourself and the top comment will get a free session with our expert astrologers.